Summary: Early on, Justin Baldwin’s vision was influenced by some of the great wines of the Bordeaux region in France. Over the next two blog posts, he’ll share with you some epic experience that shaped his vision for the creation of JUSTIN Vineyards and Winery and the birth of ISOSCELES.

Twenty-five years ago my dream was for ISOSCELES to become an iconic Bordeaux style wine that would grace the wine list of upscale restaurants and be revered by serious wine collectors. I am gratified that today my hope has become a reality as we celebrate the twenty fifth anniversary of ISOSCELES. The journey here has been an adventure. Early on, my vision was influenced by some of the great wines of the Bordeaux region in France. Over the next two blog posts, I’ll share with you some epic experience that shaped my vision for the creation of JUSTIN Vineyards and Winery and the birth of ISOSCELES.

During the late 1970's and early 1980's, I made several visits to my favorite Bordeaux producers. My goal was to narrow down the style of wine I most enjoyed and gain as much insight into how it was produced as possible. Prior to my visits I read and reread the most authoritative book on wine of its day – Hugh Johnson's World Atlas of Wine. His book provided a road map that not only detailed the wines produced and their locations, but also drilled further down to reveal varieties planted and included important tidbits on the proprietors. To this day I feel the soul of a wine resides in its proprietors with their passion reflected in the style and character of their wines. Thus, I wanted to not only see the properties and taste wines, but more importantly I wanted to meet the people behind the wines.

So here are some of my most memorable visits: 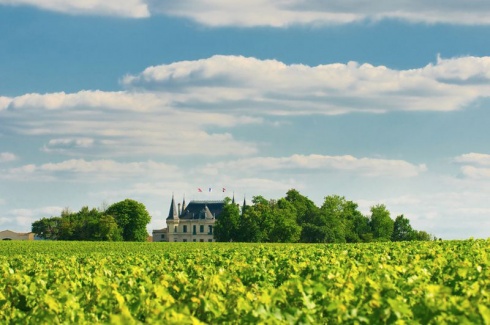 Always my favorite Chateau in Bordeaux! I love the subtle sophistication and approachability of their exquisite wines. In my opinion, Chateau Margaux is the odd man out of the five First Growth Bordeaux wines as it exhibits a more feminine style that enhances and complements a variety of cuisines. It took multiple attempts to see this property, but it had long been on my "must see" list. I would argue that no visit to Bordeaux would be complete without a stop here!

The owners have long been wealthy Greeks who owned a large grocery store empire. Interestingly, the property was then and remains to this day run by the wife of the family. Perhaps that's where it gets its graceful style? A high percentage of Merlot dominates the wine and in my early days this greatly influenced the blend of ISOSCELES. In each of the 25 + vintages of ISOSCELES its soft, beguiling, deceitfully delicate style has been the benchmark of our efforts.

I was not able to meet the owners or the winemaker my first stop, but years later I was introduced to Madame Corinne Mentzelopoulos by another of the Grand Dames of Bordeaux. Even more exciting for me is being able to count the current winemaker, Thomas Do Chi Nam, as a wine friend who I met and worked with years ago when he was at another top Bordeaux property.

Long the darling of dessert wines and owned by the Chairman of Louis Vuitton whose sense of exquisite taste is reflected in this wine's sumptuous, sweet, sexy, seductive style. I was blown away to see horses pulling hand held tillers tending to the vines. This was years before sustainable agriculture was popular. Chateau d'Yquem greatly influenced my interest in non-invasive farming which ultimately evolved into the biodynamic farming of our vineyards. Equally important, my interest in dessert wines began with this property leading to the production of our two desert wines – Obtuse (fortified Cabernet Sauvignon) and Sunny's Block (fortified Orange Muscat).

In part 2 of this blog post, I’ll share with you why a visit with an American at a certain winery in Margaux solidified my decision to specifically locate JUSTIN in Paso Robles, California along with how stopovers at two other Chateaux influenced important milestones in JUSTIN history.
Category Spring