Through their eyes, we hope to present a detailed, but easy to understand, series of posts about how Cabernet Sauvignon and other affiliated grape varieties of the Bordeaux region (cabernet franc, merlot, petit vedot and malbec) can be used to make some of the most outstanding, but different wines due to regional differences between Bordeaux, and Paso. We hope you’ll enjoy this series. If you missed the first post in the series on Bordeaux click here.

What makes Paso Robles such an unique winegrowing region? How does its limestone soil influence our Paso Robles wines? Chris Jahns dives head first into these topics and makes a strong case for why Paso Robles should rule YOUR cellar.

Unlike Bordeaux, Paso Robles is a relatively new winemaking region. The Paso Robles AVA is large, stretching from the Monterey county border in the north to Cuesta Grade in the south and from the Santa Lucia Range in the west to the Cholame Hills in the east. This area covers over 614,000 Aces, yet is dwarfed by the massive Bordeaux Appellation d’Origine Protégée (AOP) which encompasses over 2.5 million acres. The Paso AVA is also only roughly 5% wine grapes whereas the older Bordeaux AOP is almost 10% planted to grape vines. Just like Bordeaux, Paso Robles is an area that has several very distinct growing regions; however, Paso Robles is still classified under the one AVA while Bordeaux is divided into over 60 regions. 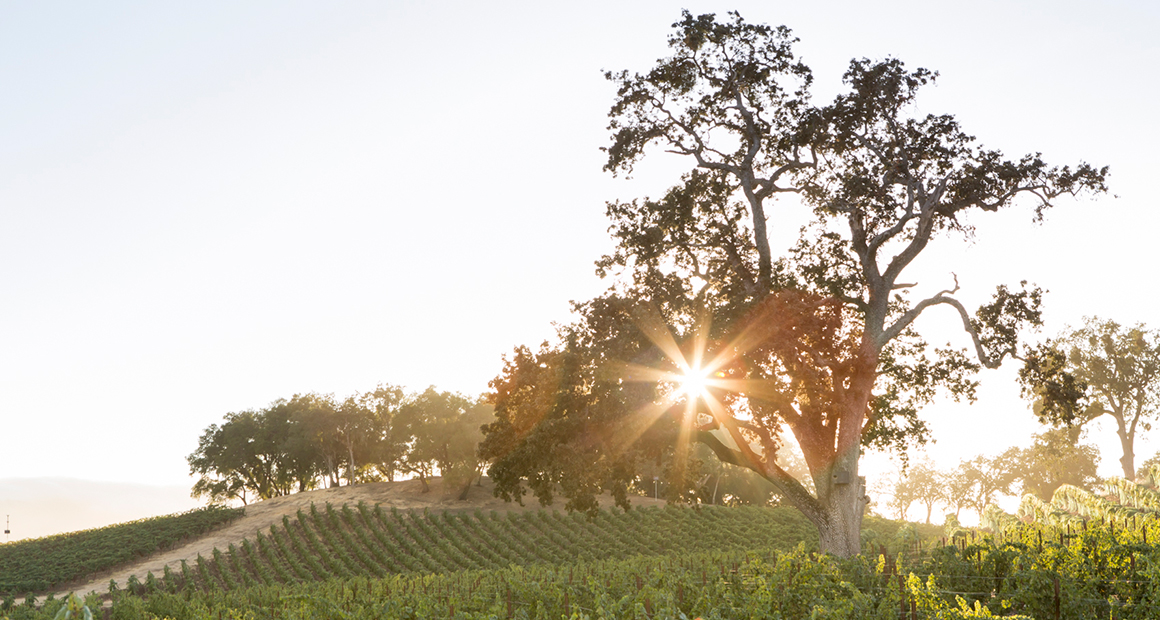 WEATHER
Bordeaux averages over 37 inches of rain a year, while Paso Robles only averages 15 inches.[1] Paso Robles experiences almost no rainfall during the growing season, where Bordeaux does tend to get the occasional summer rain as well as early fall rain and hail. The temperatures during the growing season in Paso Robles are warm with daytime high’s ranging from 85-105°F. These hot daytime temperatures are mitigated by cool ocean air that drops temperatures in the evenings by 40-50°F. The hot days allow for maximum ripeness in the grapes while the cool nighttime temperatures slow ripening so that grapes have a longer time to develop complex flavors. Bordeaux is comparatively much cooler during the summer with early frost and fall rain resulting in an earlier picking date for cabernet sauvignon, typically in September rather than October for Paso Robles.

SOIL
As Jim mentioned, both Paso Robles and Bordeaux do both have limestone soils that benefit cabernet sauvignon, but in very different ways. Whereas Bordeaux, especially the Medoc, has gravel mounds that drain extremely well, Paso’s soils are clay-loam mixes that help retain water allowing many vineyards to dry farm. These limestone soils also tend to create wines with higher levels of acidity than non-calcium rich soil. This is a huge benefit as grapes tend to lose acidity the longer they hang on the vine. As a result of these differences in climate and soil generally Paso Robles cabernet tends to have softer tannins, riper fruit character, and a fuller body than their Bordeaux counterparts who generally have more structure and longevity.

SUMMARY
While the climate and soils set the regions’ wines apart, the philosophy of the wineries found there tend to reunite these very different growing areas. Both in Bordeaux and at JUSTIN, winemakers believe in blending different wines together to make a more compelling wine. This ideology is at the core of Bordeaux winemaking, and to me, is what connects these regions the most. At JUSTIN, even when we are making a 100% cabernet sauvignon wine, we blend several different vineyard blocks together to make a better wine. Both JUSTIN Vineyards & Winery and the Bordeaux wineries that inspired it believe that the sum is greater than its parts when it comes to winemaking.
________________________________________
[1] Rainfall varies quite a bit throughout the Paso Robles region. The JUSTIN Estate vineyard, 18 miles to the west of the town center, averages closer to 30 inches of rain while parts of eastern Paso average less than 8 inches.
Category Spring